After a series of meetings held in the Winter and Spring of 1993 by Mayor Joe Booth, councilpersons Mabel Givens and Sue Barlow, Chamber members Steve Pepper and Rosalie Walls, Georgetown Business Association members Frank Perdue, Toby Givens, Martin Donovan, Carlton Moore, Sr., Wayne Meluney and other concerned townspeople, the Historic Georgetown Association was formed. All of these early HGA members were joined together with the common thread of love for their hometown and County Seat.

Carlton Moore was chosen as Chairman and officers and directors were named for the non-profit organization. One of the first projects was the re-vitalization of the “Kimmeytown” section of Georgetown, followed by the acquisition of the historic train station. Over the years, various re-vitalization projects were accomplished in “Kimmeytown”, such as

The association was successful in restoring the train station with the help of countless volunteer hours and the excellent craftsmanship of John L. Briggs Construction. This structure was built in the late 1860’s and after serving Georgetown for decades had eventually fallen into disrepair. Restoration was completed in the Fall of 2003. Over the next few years various special events were held including Return Day Celebrations, renting out to groups, Christmas Open Houses, an extensive children’s program and General Membership and Executive Board meetings for HGA. Unfortunately, in May 2011, a devastating fire gutted the interior and destroyed the second floor. HGA set out to restore the station and, after three long years, the station was re-opened in the early summer of 2014.

Another major project of HGA was the restoration of Georgetown’s First Fire House. In 2006, Chairman Carlton Moore, President and Founder of HGA, learned that the structure, which had been built in 1909 and moved from downtown in 1926 to become a part of the Southern States feed and supply store on Rt. 113, was going to be demolished along with the other buildings on the site. Although only a few residents knew the significant history of this small structure tucked in with the other Southern States buildings, HGA realized that preservation of the first fire house was imperative.

Permission was received to move the structure from Rt. 113 to its present location across from the train station and restoration efforts began under the leadership of Carlton Moore and the craftsmanship of Richard Wilson Construction. This building has been dedicated by HGA to the many individuals who have served Georgetown as volunteers fire fighters since 1909 for “Local 77”.

Historic Georgetown Association will continue to be actively involved in preserving Georgetown’s past while planning for the future.

Photo of the Day 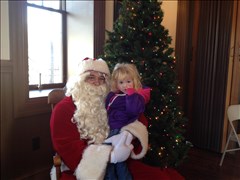 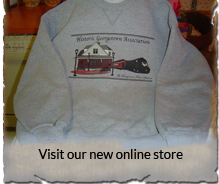 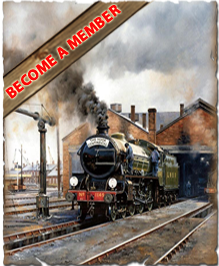