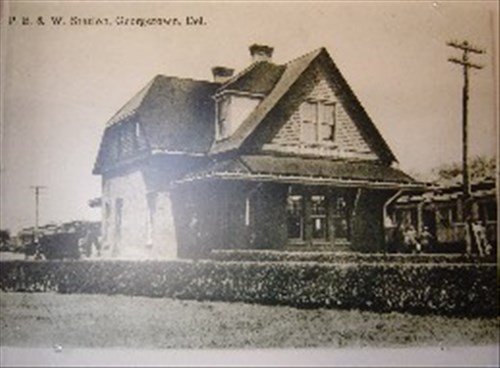 In 1885, the train station appeared on a map of the town and according to this and other pictorial records, the station was a single story building with a relatively steep pitch

The second story, with gables and dormers, appeared sometime around 1912 and was likely used as a residence for the station master and other railway employees.

At some point the second story was removed and when Historic Georgetown Association, under the leadership of Carlton Moore, purchased the property in September 1996, it carried a low pitched roof and no livable second story space. A local resident, Ed Pettit, whose father had been an Assistant Station manager, informed HGA that the second story was removed just prior to World War II during a wind storm. With building materials unavailable because of the war effort, the new roof was lowered. Additionally, the exterior brick had been covered with a 3” veneer of fieldstone and the entire building was suffering from years of neglect.

HGA began an aggressive restoration program and installed the second story and used 12,000 original 1885 bricks salvaged from the loading platform to cover the fieldstone. Everything possible was done to restore the structure to its original 19th and early 20th century condition and appearance. Volunteers did most of the interior demolition and they were able to salvage nearly all the original materials. Several thousand board feet of the 1860’s lumber was salvaged and the used in the restoration. Enough old floor joists, many of which were 135 years old, were used to restore the building’s interior. Several thousand old sidewall bricks were retained and used in the corners and the area between the windows and doors. Additionally, two original cashier windows, one exterior door, lanterns, calendars and other railroad odds and ends were located and saved.

In December 9, 2002, the Delmarva Rail Passenger Association honored HGA’s restoration  efforts with their “Golden Spike Award”, which had never previously been awarded downstate

Restoration was completed in the Fall of 2003 and a dedication ceremony was held.

HGA, through the efforts of Gov. Ruth Ann Minner, was able to secure Norfolk Southern’s Hospitality Train to visit Georgetown and play host at the 2002 and 2004 Return Day celebrations. The 2002 Hospitality Train was the first passenger train to stop in Georgetown in nearly 50 years. This train was usually available only for events like the Kentucky Derby, The Master’s, Preakness and other high profile events. The crowds that turned out were huge.

On November 1, 2005, HGA hosted an appreciation breakfast honoring all the many people and organizations who had assisted in the train station restoration. An overflow crowd attended with 44 presentations being made.

In May 2011, a devastating fire gutted the interior and destroyed the second story. HGA set out to restore the damage and after three years, the station was re-opened in 2014. 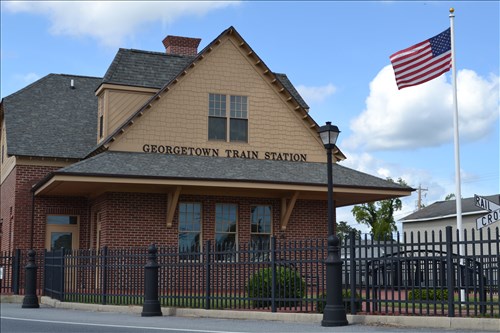 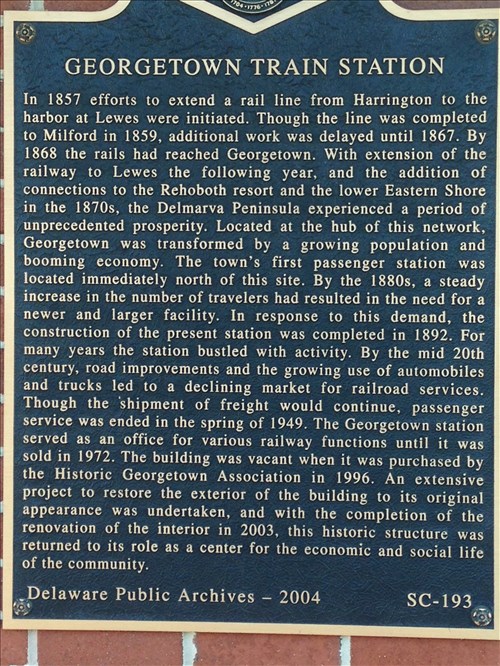 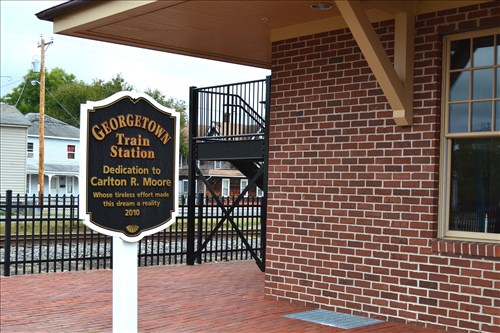